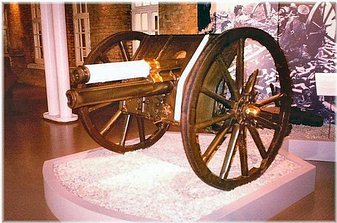 “For gallentry and ability in organising the defence of ‘L’ Battery against heavy odds at Nery on 1st September.”

“For continuing to serve a gun until all the ammunition was expended, after all officers were killed or wounded, in spite of a concentrated fire from guns and machine guns, at a range of 600 yards, at Nery on 1st September.”

“Helping to bring the guns into action under heavy fire at Nery on the 1st September, and while serverely wounded remaining with them until all the ammunition was expended – although he had been ordered to retire to cover.”